Our Woman Crush Wednesday series is all about celebrating fibroid warriors. What are fibroid warriors? Women who share their stories to help make the path to relief a bit easier for other fibroid sufferers. This week, we feature Victoria, a 45-year-old woman who recently shared her story with the Society of Interventional Radiology. 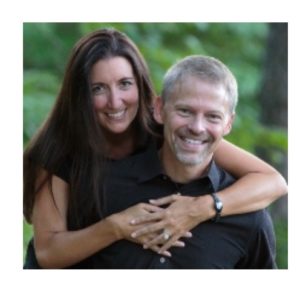 Kim was diagnosed with fibroids five years ago, at the age of 40. Unfortunately, she says, it took a long time to get that diagnosis–and to figure out her best treatment option.

“I went to about four different gynecologists and all of them said, ‘the only real option … was a hysterectomy, or to just live with it,” she says. “They talked about myomectomy (surgically removing individual tumors), but they said I probably wasn’t a candidate because I had multiple fibroids.”

Removing her entire uterus seemed drastic. But Kim knew some form of treatment was necessary. Her symptoms were just causing too may problems in her personal life.

One of her biggest concerns? Kim’s fibroids were causing pain during intercourse, and taking a major toll on her love life. And the heavy bleeding was also a major cause for concern.

“I got to the point where I couldn’t go anywhere because if I didn’t know exactly where the bathroom was, it would be a disaster,” Kim says.

Desperate for relief, Kim searched for better treatment options. And once she learned about uterine fibroid embolization, a treatment that shrinks fibroids by cutting off the blood supply that let’s them grow. She recognized its viability as an alternative to the major surgical risk of a hysterectomy, and knew she’d found her solution.

Kim opted to have UFE. She rested for a few days after the treatment, and then things started looking up. First, Kim felt well enough to have dinner out with her family. Pretty quickly after that, she was ready to return to work. For the next few weeks, Kim did experience mild cramping, as her fibroids shrank due to the cutting off of their blood supply.  One month after treatment, her fibroid cramps were gone. All that remained? Normal menstrual cramps which, Kim describes as “much less [painful] than it ever used to be.”

And while that relief is fantastic, for Kim this is the best part of her journey. “At one month I was totally back to normal … like I never even had fibroids,” she says proudly.